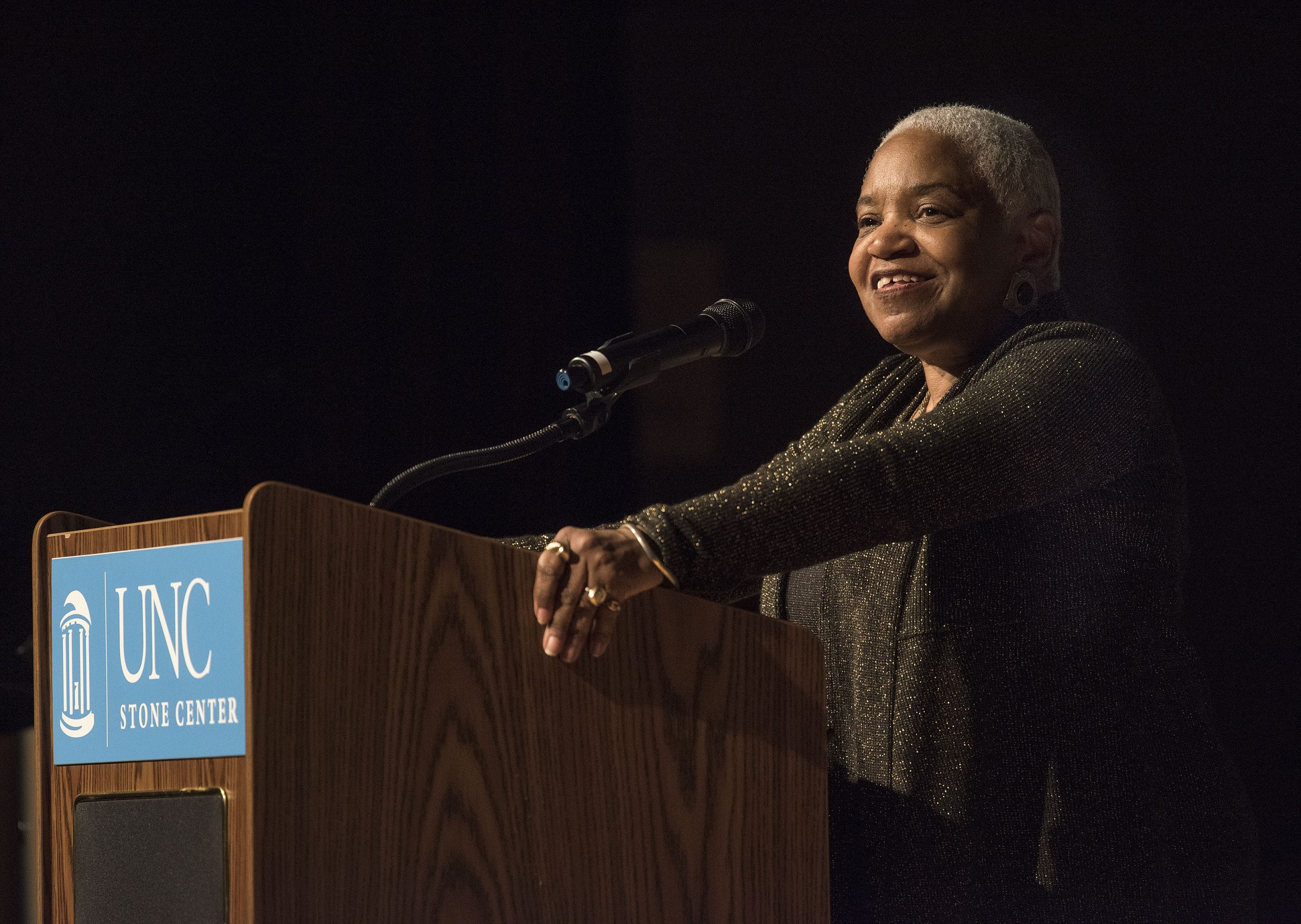 Genna Rae McNeil, Professor Emerita of History at the University of North Carolina in Chapel Hill and a scholar of African-American and U.S. Constitutional history, will deliver the 2021 Dr. Sonja Haynes Stone Lecture on November 9, 2021, 7:00PM at the Stone Center.

Prof. McNeil is widely known for her American Bar Association prize-winning Groundwork: Charles Hamilton Houston and the Struggle for Civil Rights, recognized as the definitive biography of Houston, Thurgood Marshall’s forerunner, law school dean, and mentor. Professor McNeil has served as a visiting professor at Brooklyn College and Howard University School of Law. As historian of record, she submitted with Howard Law faculty to the Supreme Court of the United States two amicus curiae briefs in the landmark case of the Regents of the University of California v. Allan Bakke. With particular interest in public history pertaining to African American attorneys, Professor McNeil has served as a consultant to the Damon J. Keith Collection of Wayne State University in Detroit, Michigan and she was the historian of record for “Marching Toward Justice,” the inaugural exhibition of the Thurgood Marshall Federal Judiciary Building in Washington, D.C., an exhibit curated by Robert Smith.

Professor McNeil is lead author of Witness: Two Centuries of African American Faith and Practice at the Abyssinian Baptist Church of Harlem, New York, 1808-2008 with co-authors Houston B. Robeson, Quinton Dixie, and Kevin McGruder.She is, as well, co-editor of three volumes:with John Hope Franklin, African Americans and the Living Constitution;with Howard University’s Professor Emeritus Michael R. Winston, Historical Judgments Reconsideredand with University of California’s Professor Emeritus V. P. Franklin, African Americans and Jews in the Twentieth Century. Her publications also include numerous articles, book chapters and essays. Professor McNeil is currently completing a book-length study of State [of North Carolina] vs. Joan Little and the “free Joan Little” Movement. Her service as a scholar has included the editorial board of the Journal of African American History, the board of the Institute of African American Research and the board of the Sonja Haynes Stone Center for Black History and Culture at the University of North Carolina at Chapel Hill.

Dr. McNeil attended John Muir High School and was graduated from The Westridge School for Girls in Pasadena, California. She is a Phi Beta Kappa graduate of Kalamazoo College in Michigan and she earned her Master of Arts and Ph.D. degrees in United States and African-American History at the University of Chicago, where her adviser was the eminent John Hope Franklin. She has worked as an archivist at the New York Public Library’s Schomburg Center for Research in Black Culture, served as the national Ecumenical Officer and Deputy General Secretary of the American Baptist Churches in the USA (then a multi-racial denomination of more than 1.3 million), and chaired the Howard University Department of History.

Professor McNeil was born in Texas and is one of four children of Jesse Jai McNeil, Sr., Ed.D., formerly a pastor, author, and professor, and of Pearl Lee Walker McNeil, Ph.D., formerly a community activist, ecumenist, professor and author.

Honoring the sacrifices of the ancestors on whose shoulders she stands and following in the vocational footsteps of her educator-parents, Professor McNeil has devoted her life to telling the truths of African American history, doing justice, and working for transformation by encouraging all under her tutelage to be history-makers who, as an ancient proverb states, “plant trees under the shade of which they do not expect to sit.”